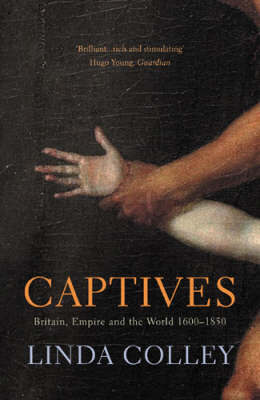 Linda Colley's latest book is at once a grand saga, a remarkable detective story, and a major work of revisionist British and imperial history. Ranging in setting from white slave markets in North Africa, to imperial conflicts and catastrophes in North America and India, it recovers the experiences of a vital but forgotten category of individuals. The captives in question are those hundreds of thousands of English, Welsh, Scottish and Irish settlers, soldiers, sailors, traders and travellers seized and subordinated by different non-European peoples in the course of Britain's early imperial enterprise and expansion. At one level, Captives is an exploration of what happened to these aggressorvictims and why. Here are the tales of Sarah Shade, a camp follower in the East India Company's army who became a captive in Mysore; of Joseph Pitts, seized by Algerian corsairs and the first Briton ever to complete the pilgrimage to Mecca; and many more. But Colley also uses these captivity tales to investigate Britain's imperial story far more broadly, re-assessing the depth and quality of British power.
She investigates what these overseas captivities reveal about British relations with and attitudes towards non-European peoples - and vice versa. The result is a book that raises questions both about the impact and meanings of British empire in the past, and about this empire's legacies and successors today. Illustrated throughout, and evocatively written, Captives will change the way in which the British empire is looked back on, both amongst those who still retain some admiration for it, and amongst those to whom it remains profoundly controversial and troubling.

Linda Colley was born in Britain in 1949. After teaching at Cambridge, she moved to Yale University, and she is now back in England at the London School of Economics, where she is School Professor of History and Leverhulme Personal Research Professor. Her previous books are In Defiance of Oligarchy: The Tory Party 1714-1760 (1982), Namier (1989) and Britons (1992).